5th and final edition of the iconic Renaissance Series.

The number 18 is a limited release of 9000 bottles of 18 Year Old finished in Calvados Barrels.

5th and final edition of the iconic Renaissance Series.

The number 18 is a limited release of 9000 bottles of 18 Year Old finished in Calvados Barrels.

The fifth bottling of The Renaissance Series consists of 18 year-old single malt that was aged initially in ex-Bourbon barrels for over 12 years before being finished in ex-Calvados casks for over 6 years.

This dual maturation and long finishing time in the Calvados casks, imparts a depth of cinnamon and caramelised apple character, with dried cherries and woody tannin notes.

Limited to just 9,000 bottles, the resulting Single Malt is then bottled at 46% with no chill filtration. RRP €140.00 for a 70cl decanter bottle in gift box.

Jack Teeling, Founder and Managing Director of Teeling Whiskey, commented: “Like all good things, the Renaissance Series must come to an end. These limited edition Teeling Whiskeys really lived up to their name, as they have been enjoyed and celebrated all over the world including winning some of the top honours for Irish whiskey at International Spirits Competitions over the last few years.

“For the final release we have hand selected some of our very best 18 year-old single malt to make sure we end this award-winning series on a high note.” 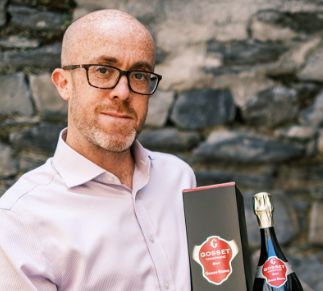