One of the most iconic Wines in history.

The climate in Bolgheri in 2018 was mixed. Spring was very wet and even May and June had higher than usual rainfall levels. July was warm and dry, while late July and early August were again hot like 2017 but in mid-August welcome rain arrived to refresh the grapes. After this the weather was warm and dry, without excessive heat. The cooler nights under clear skies allowed the grapes to maintain aromas and acidity. In her extensive review Monica Larner says in the Wine Advocate “At Tenuta San Guido, grapes were harvested two weeks later than average, and the excellent quality of the fruit was never compromised.”

The 2018 is an important landmark as it is the 50th vintage of Sassicaia (although the family had been making the wine for themselves for 20 years previously, gaining invaluable knowledge along the way). The Wine Advocate quotes General Manager Carlo Paoli as saying: ““The 2018 vintage confirms how the number eight brings good luck to Tenuta San Guido. The 2018 vintage shows a consistent link to 2008, 1998, 1988 and, of course, the 1968 vintage that marks Sassicaia’s debut on the market.” He adds that “the seasonal trend of 2018 was truly perfect and paid the best homage to Mario and Nicolò Incisa della Rocchetta on such an important anniversary as this 50-year celebration.”

As always the 2018 blend is mostly Cabernet Sauvignon backed up by Cabernet Franc (85/15 split). But, as noted by several critics, this vintage is very much one for fans of Sassicaia’s renowned finesse and elegance, following on from the bigger style of the 2017 vintage.

Monica Larner of the Wine Advocate scored the wine at 97+ points saying “The wine's careful balance is achieved thanks to the nuanced character of the fruit, the present acidity, the well-managed structure and the contained alcohol. The palate is lifted and bright, the finish is polished and long, and the wine skips over any heaviness on the mid-palate." She adds that “The fruit maturity is spot-on with no elements that feel over or underripe. Overall, the 2018 Sassicaia weighs in with a svelte frame and long persistence. Moreover, it is distinguished by the archetypal elegance and pedigree of the classic vintages of the past. This new release gives you much pleasure to await.”

Aldo Fiodelli scored the wine at 97 points, and wrote in Decanter that “This is the fiftieth Sassicaia, representing a milestone for Italian winemaking and viticulture. Restrained cassis aromas with hints of kiwi peel, dried herbs and eucalyptus leading up to citrus notes and juicy acidity. Few months ago, at the release, this acidity was still quite aggressive and chewy, while now it is fragrant and integrated with refined tannins in a finely woven palate. Don't look for large powerful body which is not typical of Sassicaia. It is different from all other Bolgheri and stands out as a result. The value of this Tuscan wine is the consistency of its style across decades, proving what seems to be obvious: it is the expression of its terroir.”

Jancis Robinson MW was at first a little disappointed when she tasted the wine last February. Several reviewers who tasted the 2018 twice, several months apart, noted how the extra few months had made a very significant difference, and Carlo Paoli says the 2018 reminds him of the legendary 1988 which was “chewy and tense” upon release. However Jancis tasted the wine again the next day and said  “This really gained body, interest and stature and was much more refreshing than the Ornellaia when both were tasted from the opened bottles. Really racy and lively – though no blockbuster.” She scored the wine at 17.5++, indicating that there is room for that score to increase over time.

Raffaele Vecchione of WinesCritic.com (whose tasting notes are particularly colourful) scored the wine even higher at 99 points. 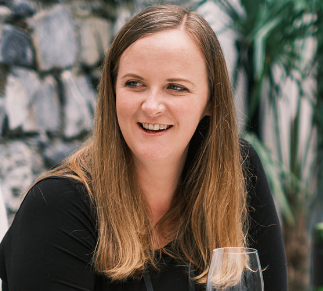